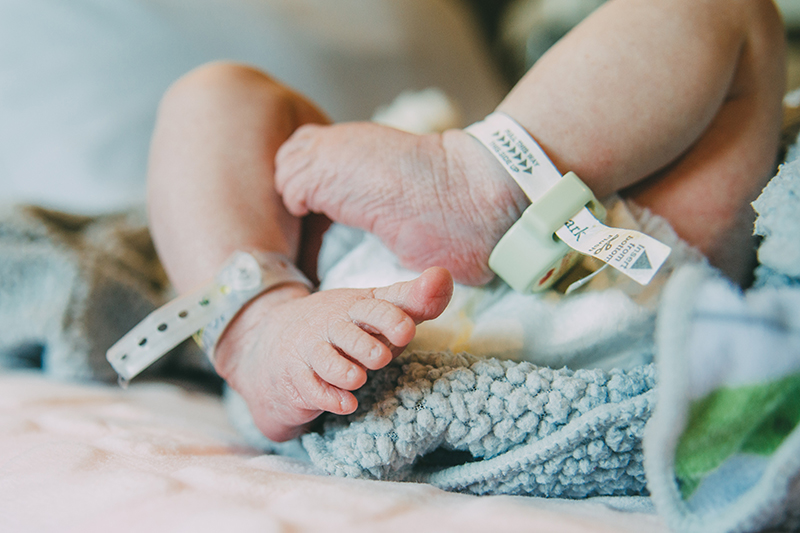 Infections at birth can be caused by bacteria or viruses.

The birth canal contains bacteria, especially if the mother is suffering from an active infection. At or around the time of birth, the baby can ingest or aspirate the infected fluid in the birth canal, and bacteria or viruses can get into their lungs and bloodstream. When the baby is exposed to infectious agents, the baby can become sick during childbirth or within the first few days of life. As the bacteria or viruses multiply, the baby often becomes very ill quickly. Rapid detection and treatment of infections during and after birth result in better outcomes for the newborn baby.

Group B streptococcus (GBS) is a common type of bacterium that can cause a variety of infections in newborns, such as sepsis, pneumonia, or meningitis. Babies usually get the bacteria from their mothers during birth, especially if the mother hasn’t been treated in a proper or timely manner with antibiotics. Babies with GBS often show symptoms of infection within the first week of life, although some develop symptoms weeks or months later. Symptoms vary and might include fever, difficulty breathing, trouble feeding, lethargy, listlessness, or unusual crankiness.