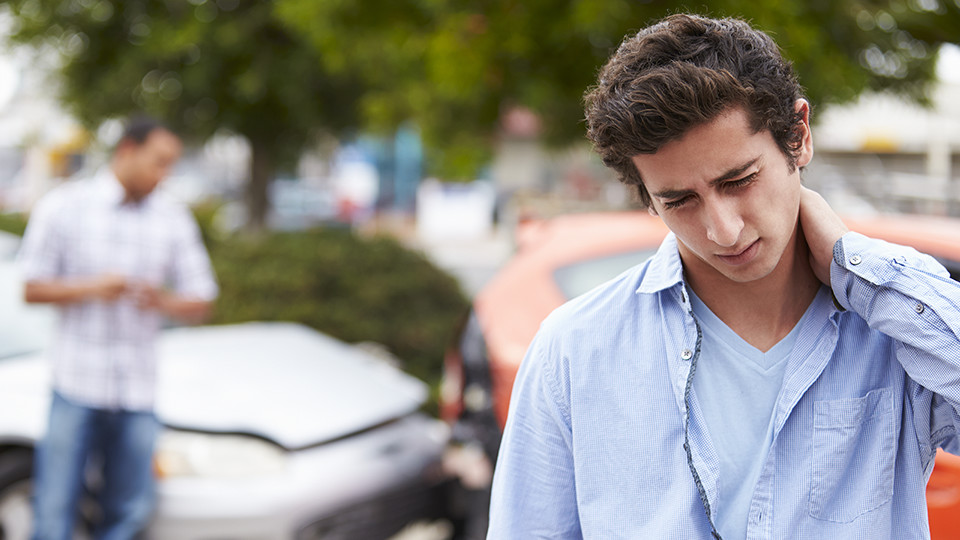 RSD losses are difficult to pursue in court because RSD symptoms are frequently missed by treating doctors.

Reflex Sympathetic Dystrophy occurs when a person’s sympathetic nervous system still believes that a body part is injured after that injury has resolved. CRPS or RSD causes intense sensitivity and pain.

Maryland lawyer, George Patterson has handled several injury cases involving a medical condition that is often poorly understood by insurance adjusters and many doctors. The condition is known as Reflex Sympathetic Dystrophy and also as Complex Regional Pain Syndrome.

What To ExpectIs this a real injury?

Reflex sympathetic dystrophy also known as Complex Regional Pain Syndrome is difficult to treat, extremely painful and not subject to a diagnosis that can be easily verified through an objective test. Each of these factors make RSD or CRPS cases extremely difficult to resolve with insurance adjusters. Insurance adjusters are trained to focus on objectively verifiable injuries like herniated discs, broken bones, bruises and torn ligaments. They tend to compensate complaints of pain that are backed up by injuries that are objectively verifiable and they often dismiss or minimize subjective complaints of pain without corroboration from x-rays, MRIs or visible injury. Insurance adjusters are also inclined to deny compensation for medical treatment that persists after most people with soft tissue injuries recover. It is critical to retain the services of a personal injury lawyer that has litigated reflex sympathetic dystrophy cases to fight against the skeptical treatment by insurance adjuster

In one Reflex Sympathetic Dystrophy (RSD) also known as Complex Regional Pain Syndrome (CRPS) case, George Patterson obtained a resolution of the case in the Federal Court located in Greenbelt, Maryland for $587,500. George Patterson’s client with RSD had incurred less than $20,000 in medical bills but was left with constant pain. The reflex sympathetic dystrophy occurred after the Shady Side resident injured his hand in a truck accident that occurred in Prince George’s County. The defense questioned the seriousness and existence of the disorder but was persuaded by an internationally renowned expert on RSD and CRPS hired by personal injury lawyer George Patterson.

Reflex sympathetic dystrophy is very difficult to treat and resolve. Such conditions are frustrating to patients and their doctors. Conventional treatments for the underlying injuries that lead to the condition are ineffective and painful for the patient to endure. Some of the associated symptoms such as hair loss, a limb occasional developing a blue tint, changes in the growth of finger nails, differing temperature in one limb, and spreading of the condition to other limbs may not initially be recognized by doctors as indications of CRPS. Notations of such objective findings are often given little weight by insurance adjusters. Insurance companies will demand increasing levels of objective evidence of an injury the longer it takes a car accident victim to recover. Reflex sympathetic dystrophy victims often deal with complaints of intense pain that persist for years.

In more than 90 percent of cases, Complex Regional Pain Syndrome is triggered by a clear history of trauma or injury. The most common triggers are fractures, sprains/strains, soft tissue injury (such as burns, cuts, or bruises), limb immobilization (such as being in a cast), surgery, or even minor medical procedures such as a needle stick.

RSD or CRPS cases require skilled expert witnesses because the injury claims are often not supported by clear medical evidence like a fracture shown on an x-ray or a herniated disc visible on an MRI. Reflex sympathetic dystrophy cases are vulnerable to attacks by doctors hired by insurance companies because the symptoms typically do not fully appear until weeks or months after a car accident. This delay makes it easier for experts to suggest other causes for the condition than an injury from a car accident. Reflex Sympathetic Dystrophy also cannot be verified by a diagnostic test like an MRI or nerve conduction study. This makes it easy for doctors hired by insurance companies to suggest that the complaints should not be believed because the person is seeking compensation.

Maryland reflex sympathetic dystrophy lawyer, George Patterson recently obtained a policy limits offer on behalf of a client that had two prior car accident lawyers that failed to obtain any offers for the client. This is not uncommon because complex regional pain syndrome requires significant knowledge about the condition to properly present the claim to an insurance company or to a jury. If you have been diagnosed with complex regional pain syndrome or reflex sympathetic dystrophy from a car accident or truck accident please contact lawyer George Patterson for a free consultation.

George Patterson did more for me in less than 3 months than two other lawyers did in 2 years. He is amazing and I would highly recommend him to anyone going through a tough personal injury case like I had. Meet with him and you will see that he isn’t a lawyer who only cares about money his first priority is his clients.

A Car Accident Client With RSD

Anyone who has met and spent any time with a person suffering from complex regional pain syndrome knows that this condition is real and life altering. Many doctors that have encountered the suffering caused by this condition have devoted their lives to helping people with CRPS. My job is to show juries and judges what has moved many doctors to devote their careers to search for an end to this suffering.